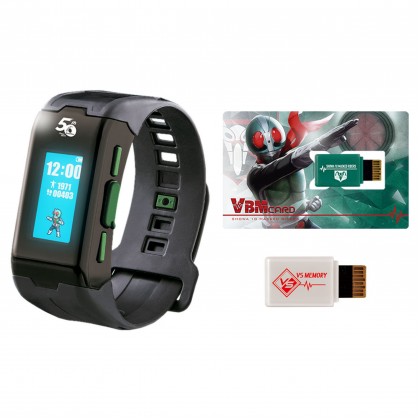 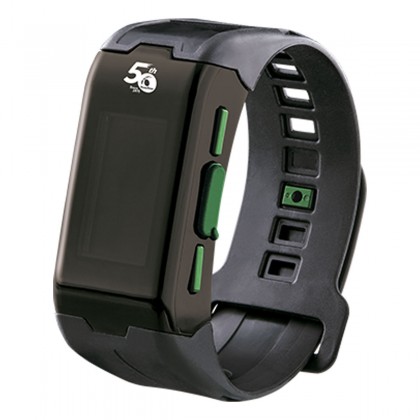 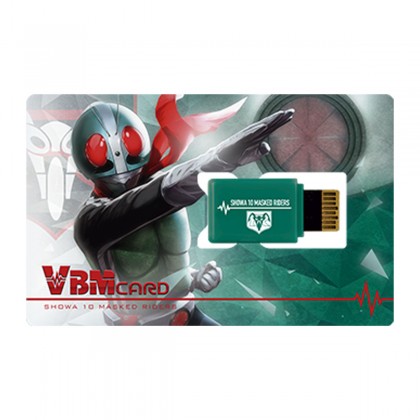 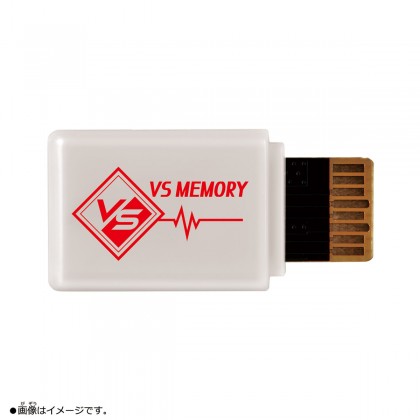 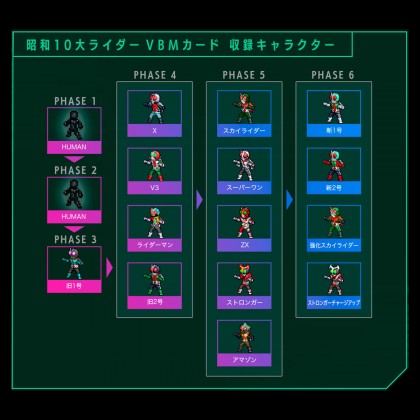 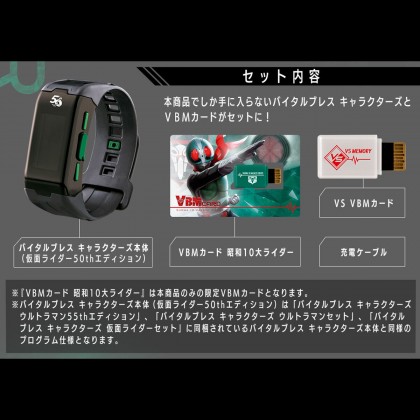 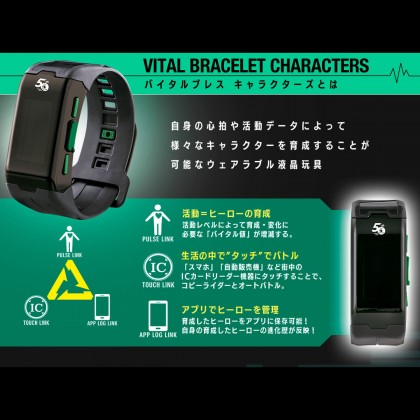 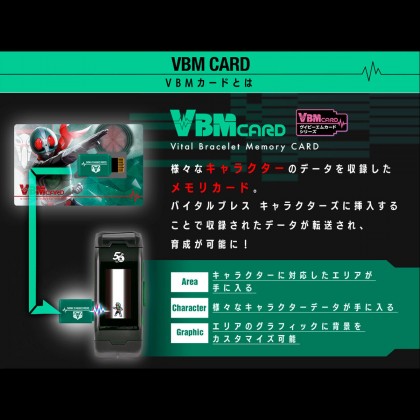 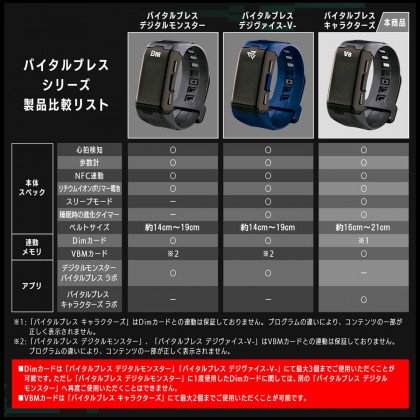 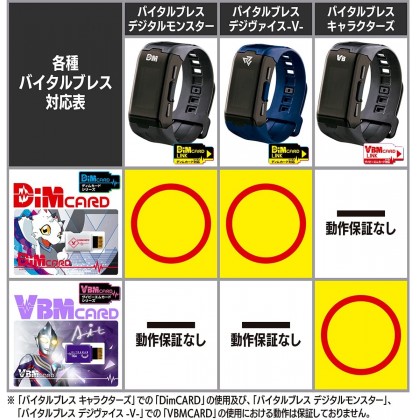 If you load the VBM card that comes with the main unit into "Vital Bracelet Characters", the character "HUMAN", which is PHASE 1, will appear in Vital Breath. By wearing Vital Bracelet on your arm, adding your character to your daily activities, and performing missions centered on various exercises, you can develop them into various Kamen Riders.  You can also change the breeding character by inserting an optional VBM card.