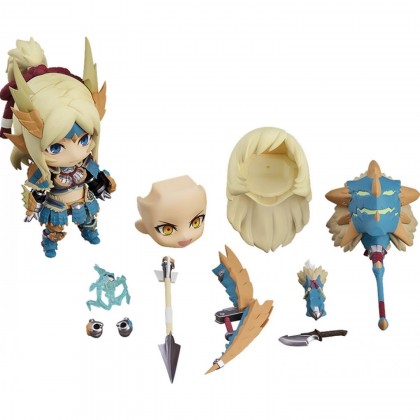 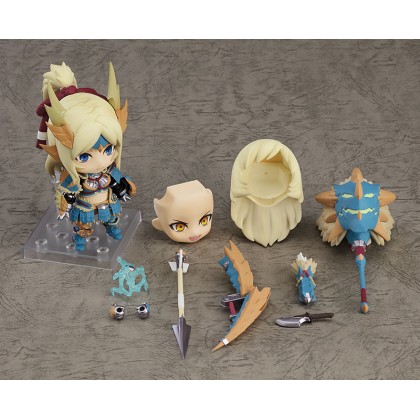 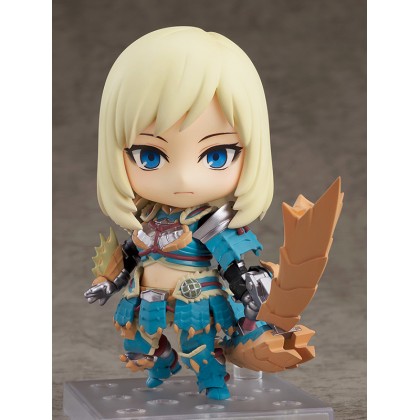 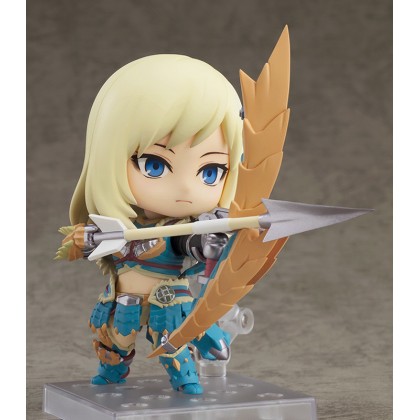 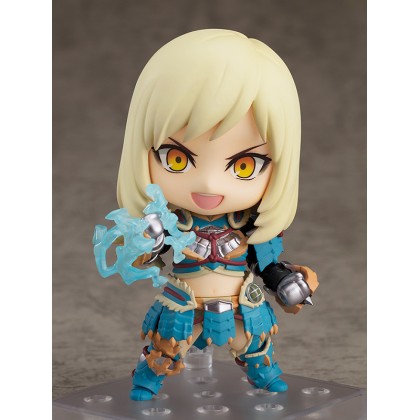 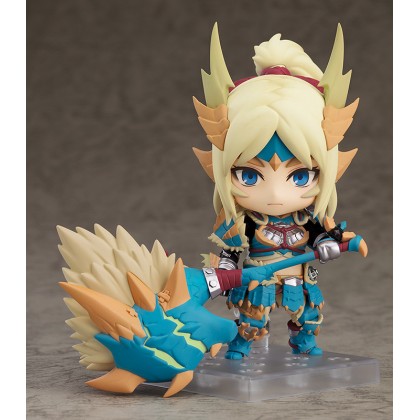 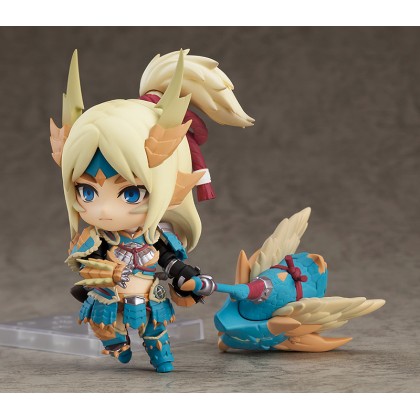 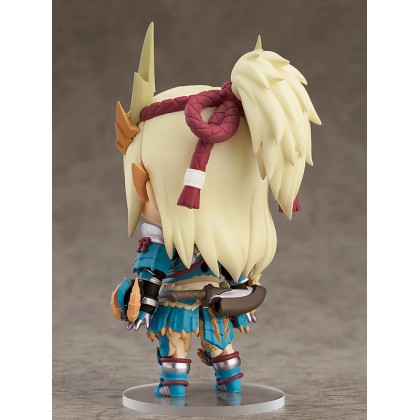 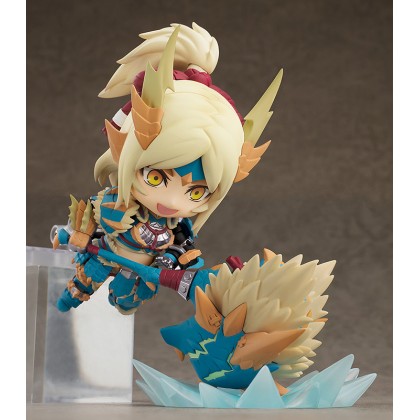 From the PlayStation®4/PC (Steam) game "MONSTER HUNTER WORLD: ICEBORNE" comes a fully articulated Nendoroid of a female hunter in Zinogre Alpha Armor. This special DX version includes all the parts that are included with the standard version together with bonus parts for even more display options!

She comes with two face plates including a standard expression and a serious expression. The Usurper's Thunder Hammer and a lightning strike effect part are included along with a carving knife, allowing you to recreate your favorite hunting poses from the game!

The DX version also includes an additional head part with long hair, the Usurper's Rumble Bow (with arrow and quiver), allowing you to enjoy the world of "MONSTER HUNTER WORLD: ICEBORNE" even more!