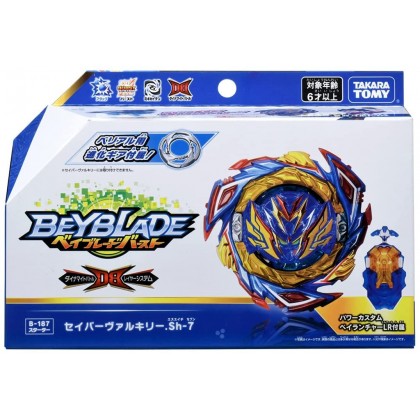 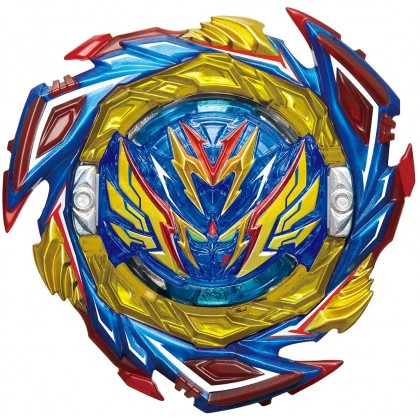 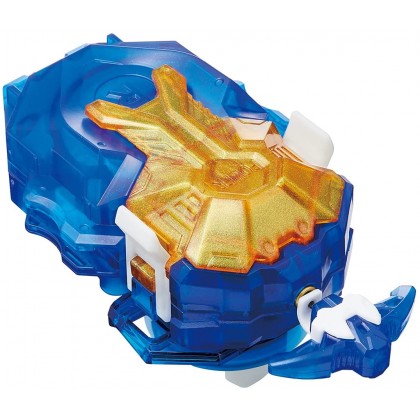 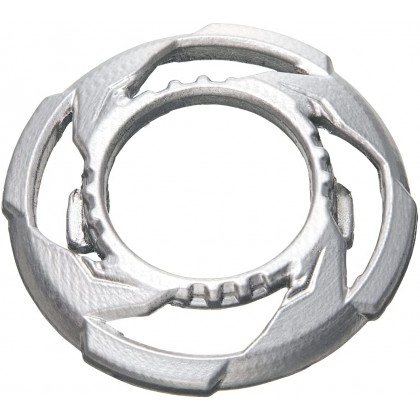 Savior Valkyrie Shot-7 is an Attack Type Beyblade released by Takara Tomy as part of the Burst System as well as the dynamite Battle Layer System.

When you hit a strong shot, the driver will transform into the latter half of the battle to create a jump attack and accelerate it after landing. By using the rubber blade and wearing it out, new attack blades will appear and awaken the super powerful striking performance. In addition, the spring-loaded Valkyrie core makes the entire layer bounce attack, right-turning bay.

Includes the Power Custom Bay Launcher LR, equipped with a power gear unit that can be used for powerful shots. Comes with an evolution gear "V Gear" that can be attached to the Dynamite Berial (sold separately).