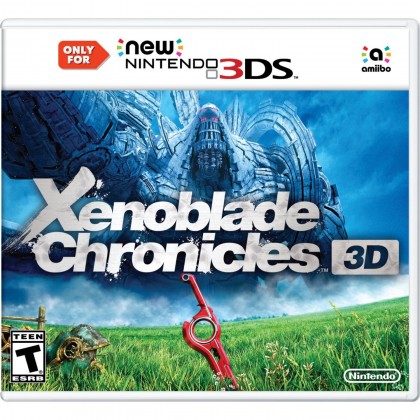 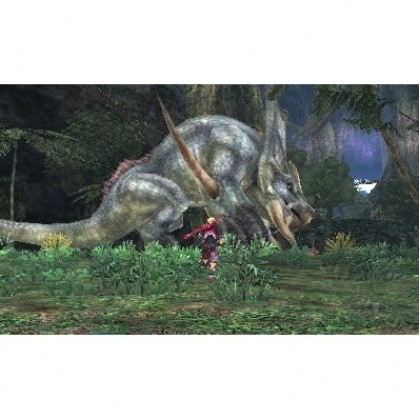 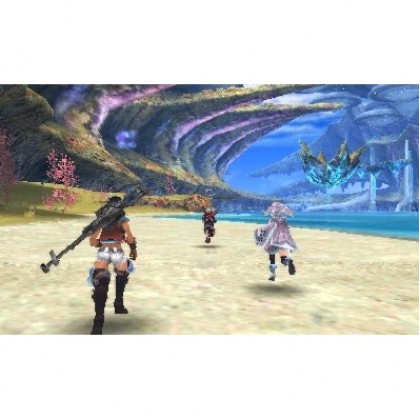 Considered to be one of the best Japanese RPGs of all time, Xenoblade Chronicles was a complete rarity upon release. Those who were fortunate enough to play Monolith Soft's RPG opus gave it exceedingly high reviews across the board, and the rest of the world could only live vicariously.

Now, with an updated port of the original Nintendo Wii title, gamers across the world can finally have an opportunity to play this legendary game, exclusively on the New Nintendo 3DS!

An ancient conflict of gods lives on though those in the present, but they only know of one thing, that they must survive the onslaught of violent robotic creatures known as the Mechon. FollowShulkand his comrades as they search for the truth of their past, present and future with the ultimate answer lies with the mysterious sword "Monado."

Xenoblade Chronicles 3D takes place in a vast open-world with a real promise that delivers what many open-world games lack - that any location sees can be traversed. While exploring exceedingly lush and well-conceived environments, players will encounter side quests and the NPCs that give them; these include item hunting and monster hunting quests.