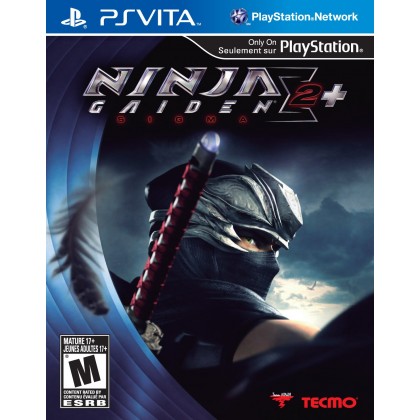 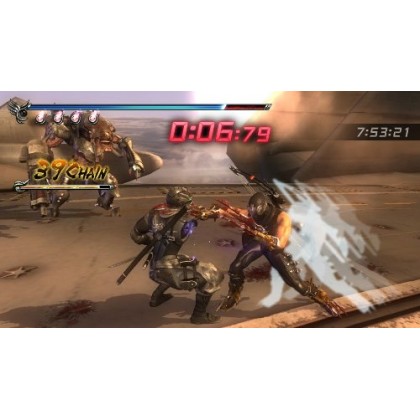 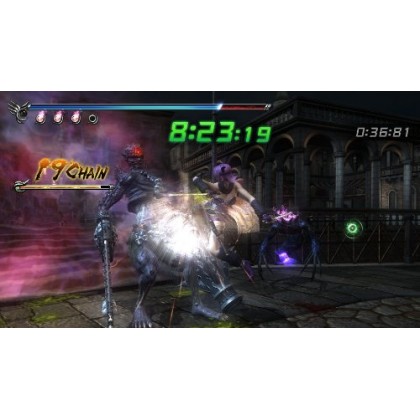 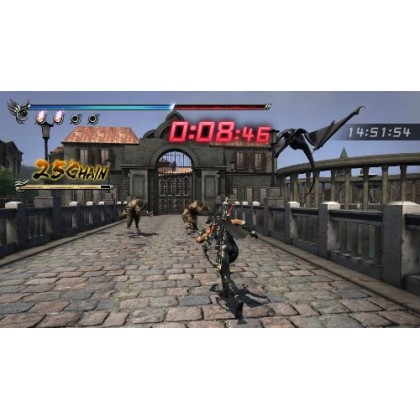 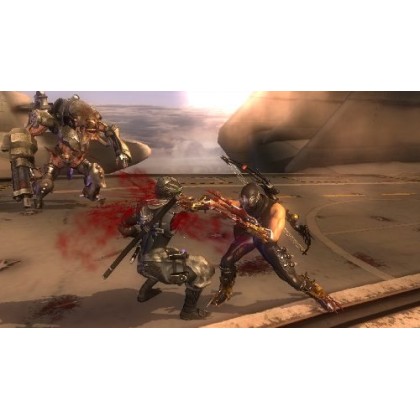 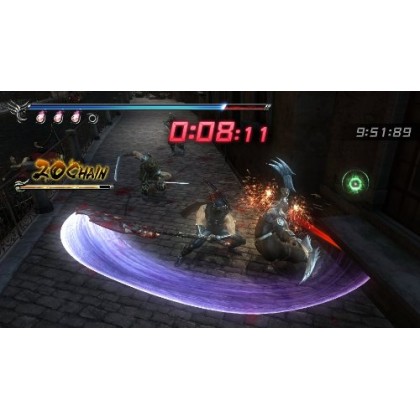 NINJA GAIDEN SIGMA 2 PLUS brings the most intense, action-packed ninja adventure to PS Vita with stunning graphics, new modes, and plenty of blood. In the game, Ryu Hayabusa, the iconic super ninja of the Ninja Gaiden franchise, returns to the Sigma series to prevent the resurrection of the evil Archfiend by hunting down the Demon Statue stolen by the wicked Black Spider Ninja Clan. Players will battle from Tokyo to New York as Ryu encounters vicious enemies and acquires an extensive assortment of ninja weaponry along the way. The action lights up the Vita's impressive OLED screen with graphical quality exceeding the original Ninja Gaiden Sigma Plus. An intuitive control system uses the front and rear touch screens and motion controls of the PS Vita, and new players will appreciate the inclusion of Hero Mode, which automatically boosts their attacks when their health is low. New modes include "Ninja Race," where players compete with enemies at breakneck speed to reach the end goal, and "Tag Mission," in which players can switch between two ninjas in real-time while defending the AI-controlled partner.