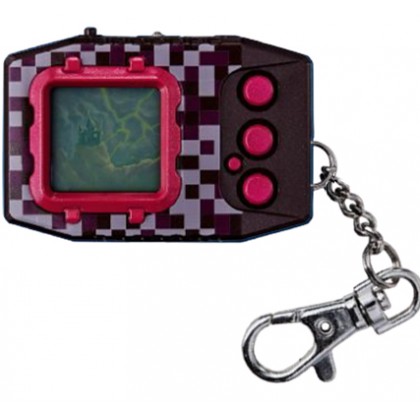 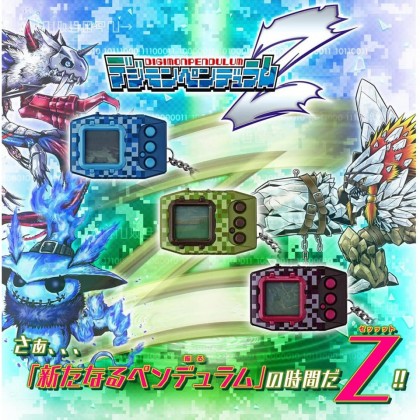 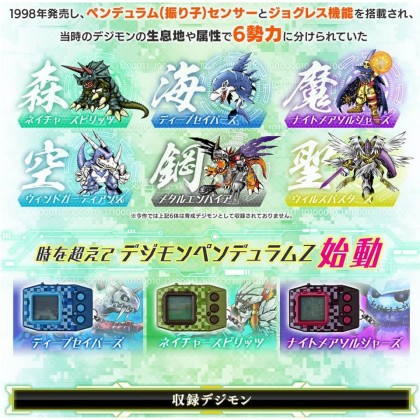 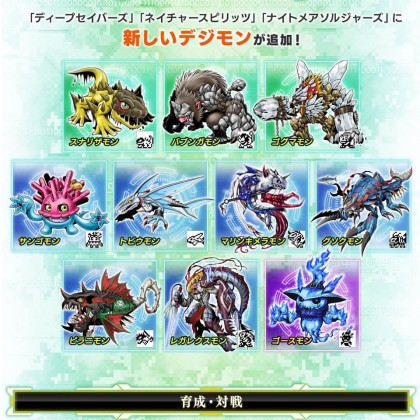 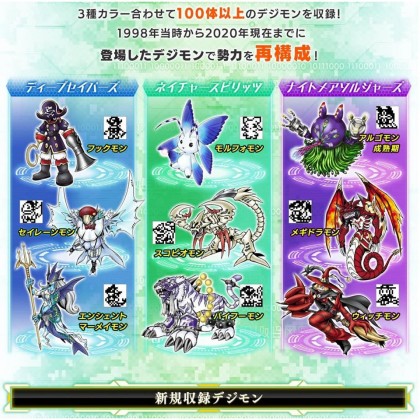 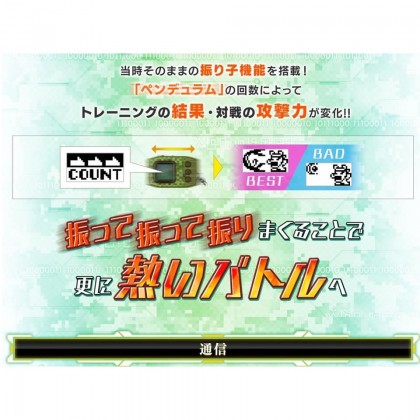 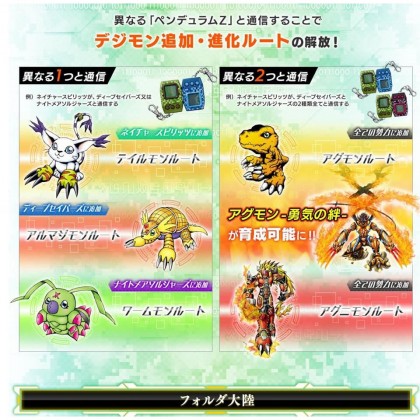 From the "Digital Monster" series of portable LCD breeding games, the new "Digimon Pendulum Z" based on the "Digimon Pendulum Series" released in 1998 will be released. As with the first release of the series, it is equipped with a pendulum sensor and a jogless function, and the recording Digimon has a total of 100 or more 3 types of colors.

New Digimon such as "Snarizamon" and "Coralmon" are recorded. In addition, Digimon that appeared from 1998 to the present as of 2020 have been reconstructed with the same forces as those at the time such as "Nature Spirits", "Deep Savers", "Nightmare Soldiers".

By communicating with one different version of the "Digimon Pendulum Z" series, the evolutionary routes of popular characters such as "Tailmon", "Armadimon", and "Warmmon" are released for each type. By communicating two more, the evolutionary routes "Agumon Root" and "Agnimon Root" will be released, and it will be possible to cultivate "Agumon: Bond of Courage", which will be the first appearance in LCD toys.

The training function is equipped with a pendulum function as it was at that time. Depending on the number of "Pendulums", the result of training and the offensive power during battle will change.